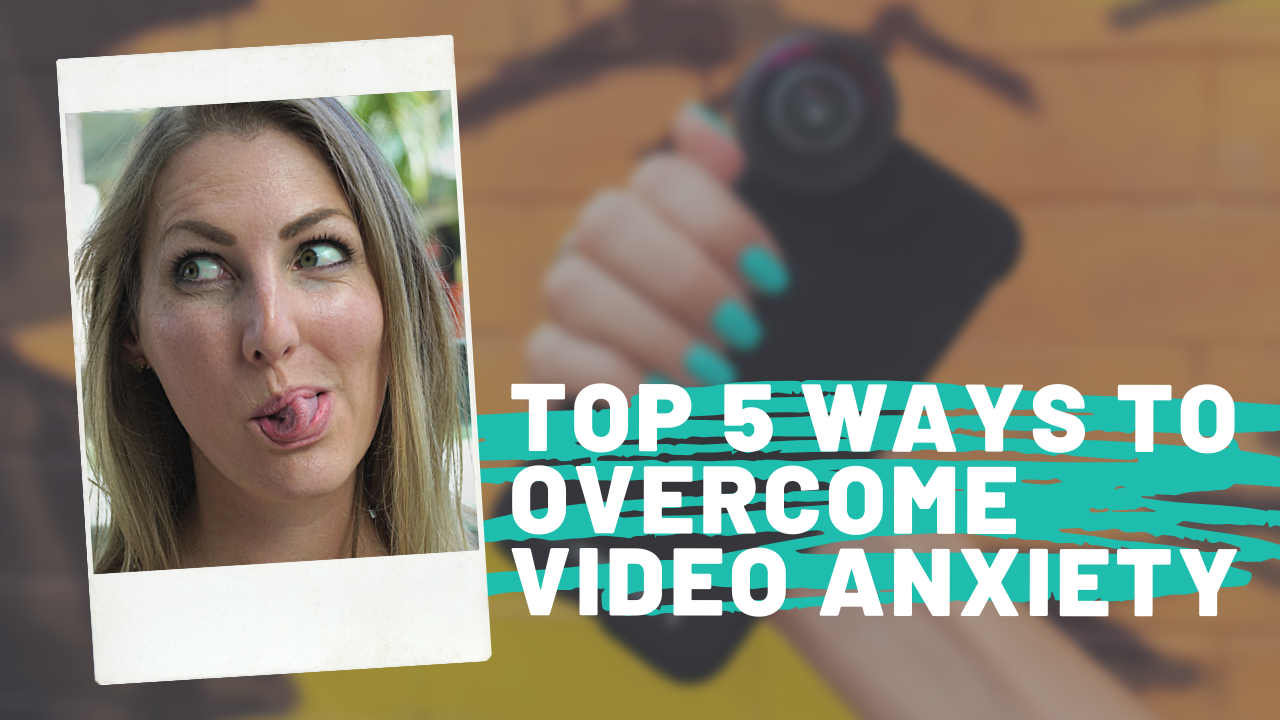 Let’s talk about how to overcome that fear that grips most of us newbies, being on camera!

Now, some of you are naturals, for example, Darian is a notorious camera hog. I mean, think about it. How many times have you seen me on video vs Darian? I know a lot you might suspect that maybe I’m a little scared, but that couldn't be further from the truth… I mean, Hey a guy can be a little scared but if I could get in front of the camera every once in a while instead of little miss…ahem, I mean the love of my life, my heart, and soul...

Sorry, Darian walked into the room…

Okay, what were we talking about? Ah, that’s right, we were talking about 5 tips you can use to start loving the camera more than a pig loves rolling in mud.

The goal here is to create 30 videos in 30 days. Okay, you might have already started shaking your head and cursing under your breath (I don’t appreciate that btw so just know I’m watching you). You might be saying “Listen here bird brain! I came for tips, so I can start filming and this is what you give me!” Now, let me wipe the spit from my forehead and tell you why this is EXACTLY what you need to do.

The idea here isn’t for you to PUBLISH 30 videos in 30 days, but instead to get them filmed and done. Review them after the fact and look for ways to improve. And no, wanting to get a manicure doesn't count. I’m talking about stutters and ums. Awkward transitions and you losing your train of thought. Speaking of trains, aren't we supposed to have some sort of bullet train from coast to coast by now? Anyways, don't pull me off track like that or we’ll never get to the good stuff!

So, don’t worry about publishing them just do ‘em and put real thought into them. Some you may end up wanting to publish, others might not be good enough for video right then, but the idea or topic you covered might work after your video skills have polished up a bit. You’re gonna be surprised just how much you're going to improve.

“Feel the fear and do it anyway.” 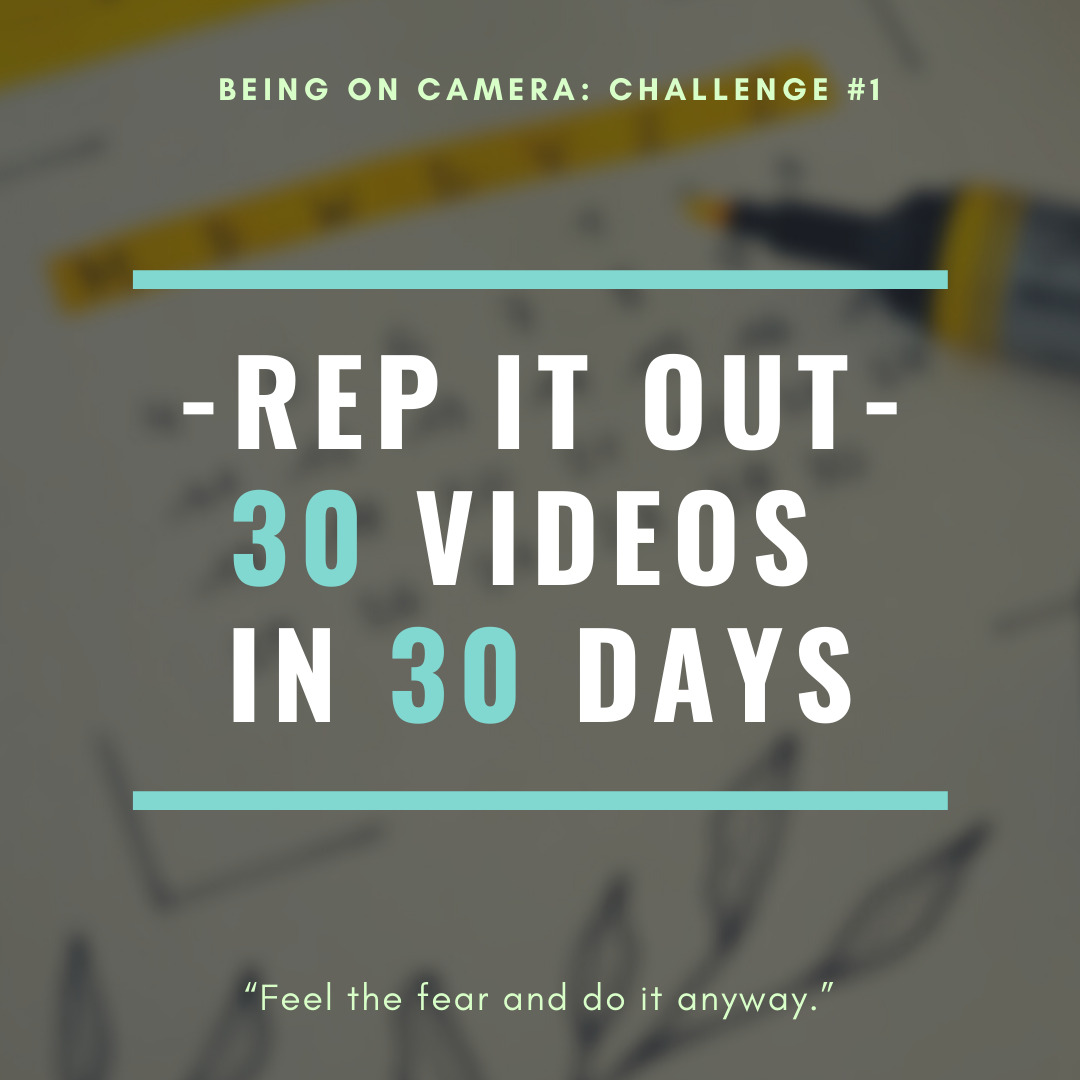 Tip #2: Have A Partner Or Something That Makes You Smile

If you have the luxury of doing this at home surrounded by people you like...which I suppose means even at home you may not find someone, Ha! Anyways, If you do have that luxury this is one of the easiest ways to get more comfortable. You can look at them when you're feeling nervous, talk to them and vent, plus they could help you keep track of your thoughts and ideas.

Another option is to just do it with something that makes you smile and relaxes you. You can do this by taping something to the computer or wall or if need be, grab a stuffed animal or something that’s BIG so you can place your anxiety into it. I know you might think that’s weird but it’s something that’s based on Psychology and is usually used to help treat abandonment and codependency problems. As you get more comfortable in front of the camera (like if you’re doing the 30 videos in 30 days) you’ll want to replace that object with something smaller. Incrementally you’ll find that the stuffed animal you grabbed from your kid's playroom can become something you carry around on a keychain and eventually get rid of altogether. 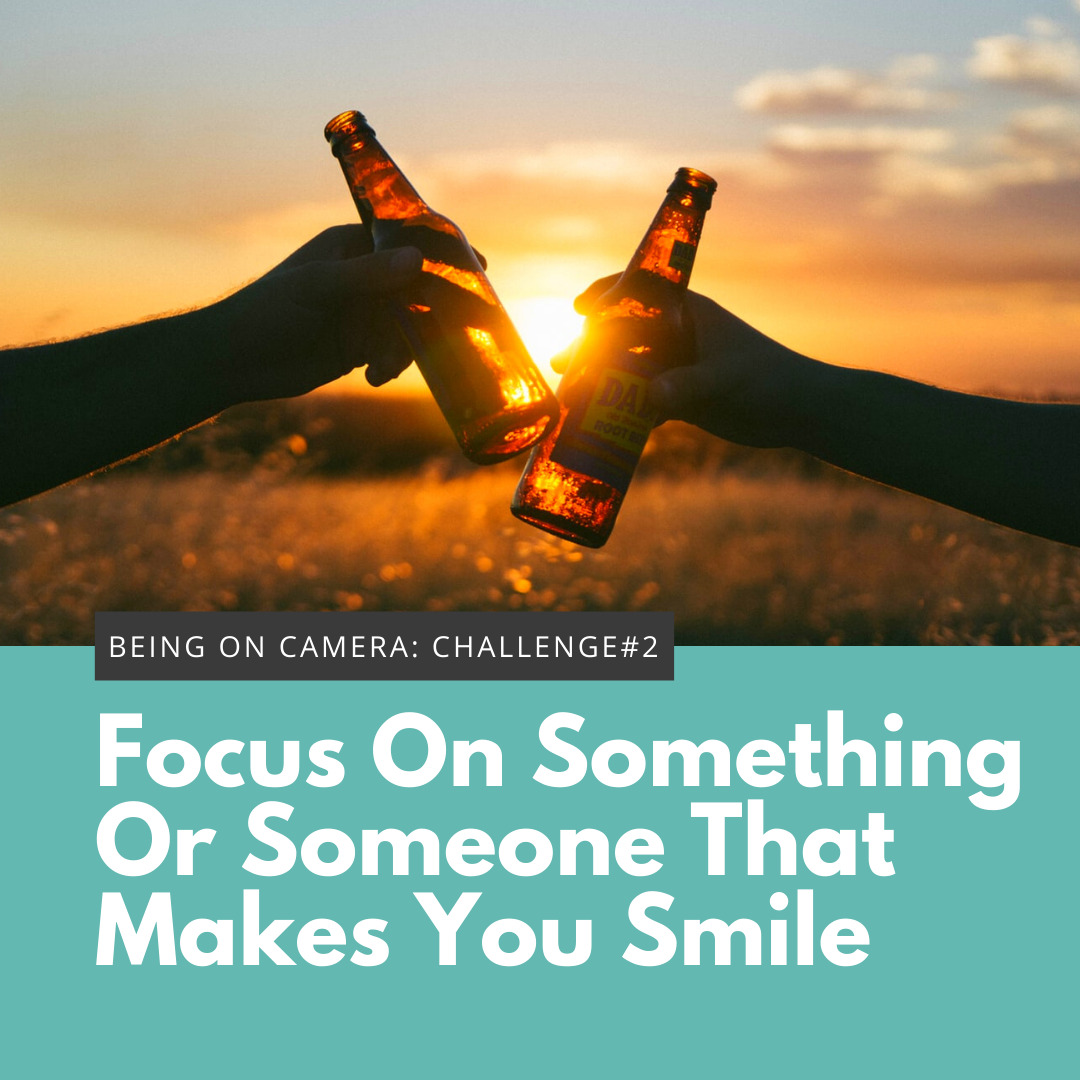 Tip #3: Have an object in hand

It's like the old saying, two birds and a bush cost more than a hand truck... hold on, that's not right?!

Okay, this is an old public speaking trick, just like imagining people in their underwear. Since you don't have people you’d have to imagine your camera in your underwear and that would make you a loon.

The idea here is to help you remain focused and ease your social discomfort by allowing your hands to move or fidget. Pass that anxious energy onto that object. Much like the last tip, there are ways you can eventually make this invisible to the average viewer. For example, you can take that same emotion and tie it something less visible like a pen, watch, bracelet, or a lucky pair of underwear… boy, we’re talking a lot about underwear in this blog…awkward. 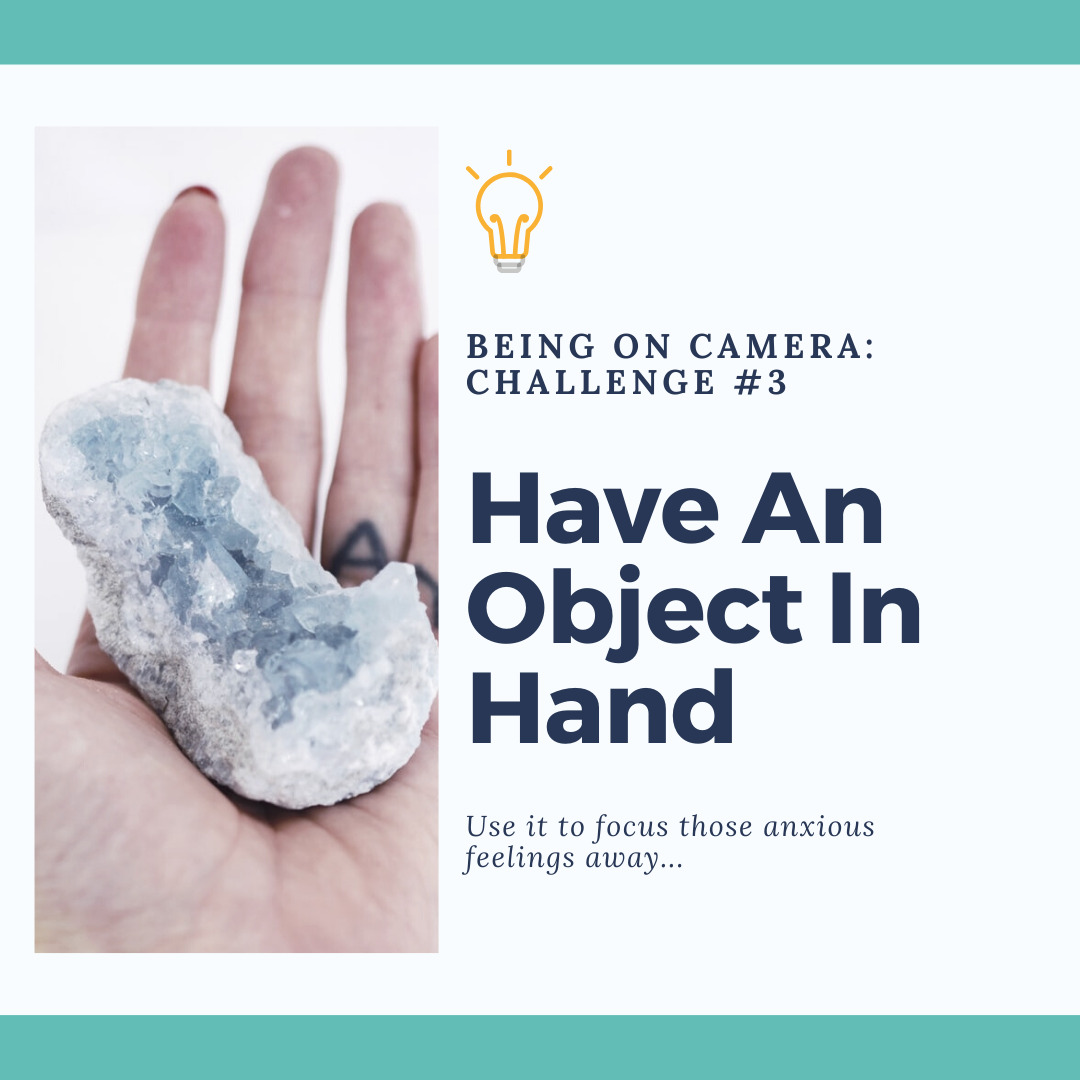 Tip #4: Build a community that actually wants to hear from you

This one is a great one. Many of you already have a following, sometimes your following is just family and friends (your mom says you should call more) and other times you have a strong following of clients. Whatever the case you should feel rest assured that if someone is following you (especially if you're not some famous celebrity), there is nearly a 100% chance that they actually want to know about you and what you sell.

These are people that aren't going to care whether you're blond or brunette, thin or chubby, shy or extroverted. They are people that actively CHOSE to follow you and hear what you have to say! Now, some of you might be saying “Okay Julio, we’re aware that you’re a genius...possibly the most incredible spouse and business owner I’ve ever met (hey, let a guy dream) but what happens when I do get someone that’s a big meanie? Easy! Find out where they live, walk up to ‘em, reel your right foot back as far as you can kick ‘em in the shin!*

Or you can stay put, take another drink and read Tip #5.

*Don’t actually do that by the way, you might hurt your toe. 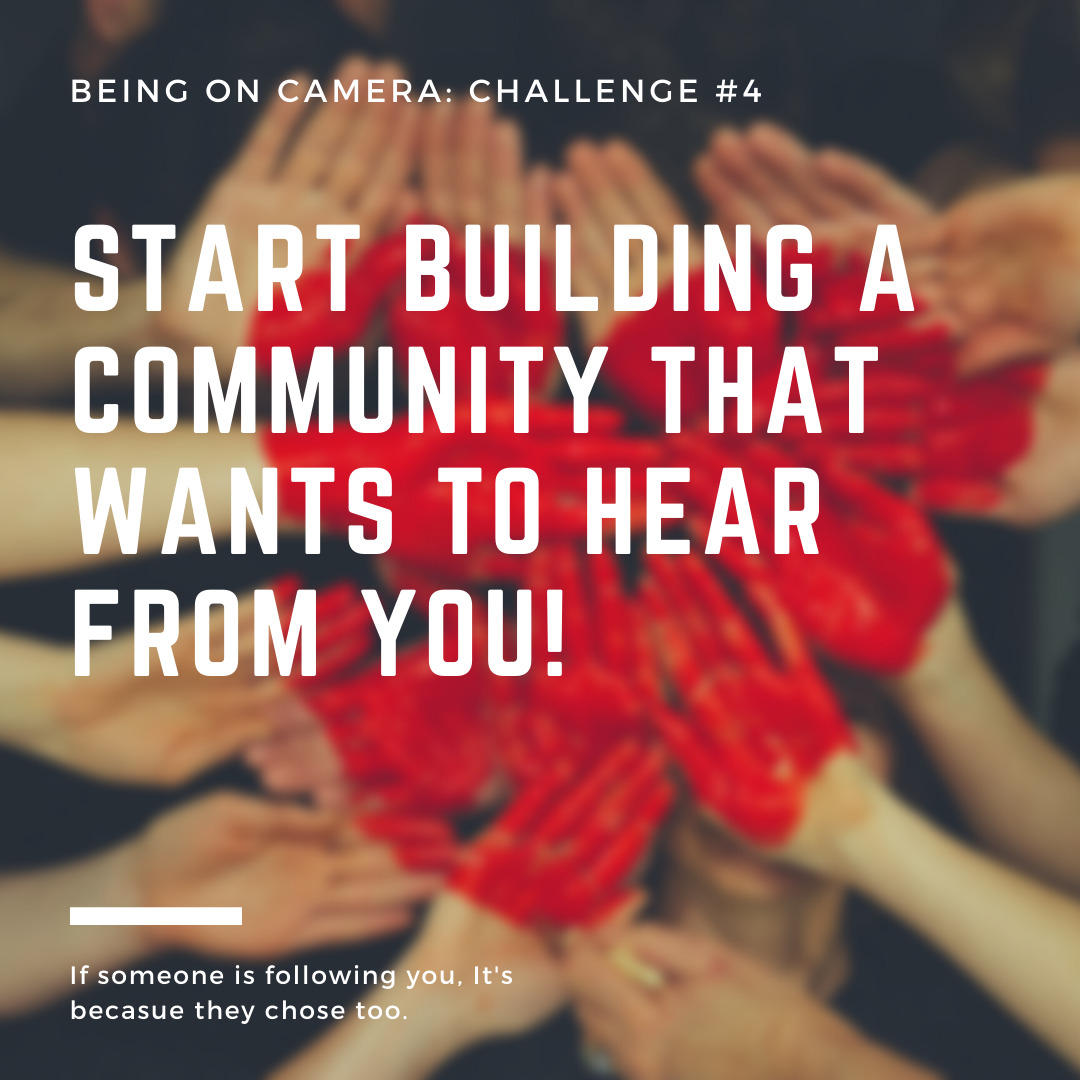 Tip #5: It’s none of your business what other people think about you

I saved this one for last because it’s the most important one. Video is here and it’s only growing, blogs are still appealing to some but are slowly dying away (yes I appreciate the irony in saying this in a Blog). So this is one of those tough love points. 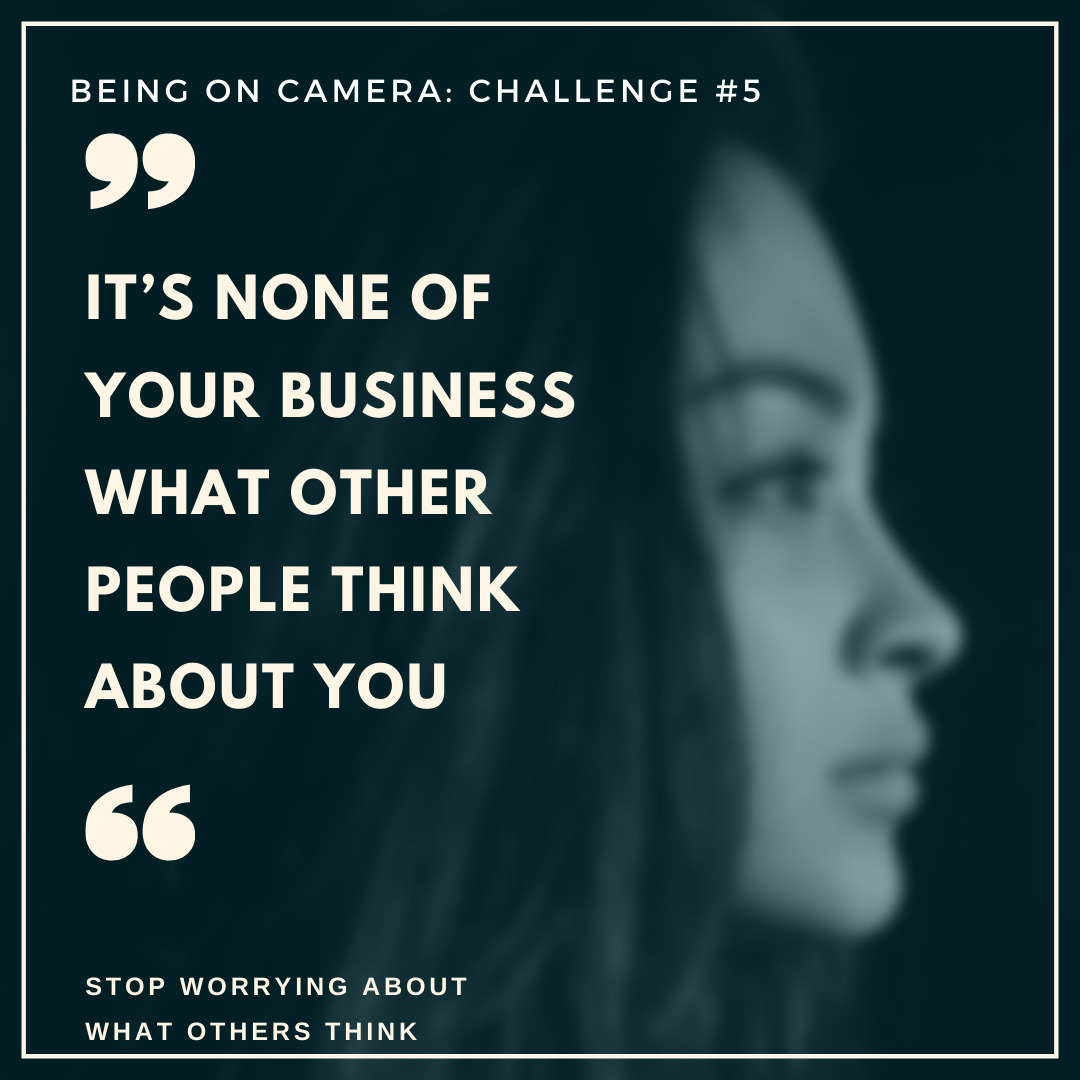 Well, there ya have it, 5 tips to getting you camera ready. If you’d like to shoot us a message please feel free to do so on any of our Social Channels, just search for DNC Marketing.

Final thoughts: As I mentioned, video is here to stay and it’s only getting more and more competitive. People complain about not getting in on FB when it was in its infancy, now you have the ability to get yourself out there in front of people before your niche is completely flooded. Trust me, you have more to say than you realize and have forgotten more knowledge than most the people  that follow you even possess. Use that to your benefit, guide them, provide value to them and they will reward you with loyalty and purchases.